Until 1965 there was no law in Britain which prohibited discrimination on racial or religious grounds. Manypeople living in the British Common wealth had come to the aid of “the mother country” in the Second World War and afterwards an increasing number of Common wealth citizens decided to settle here, as they were perfectly entitled to do under the law as it was at the time. 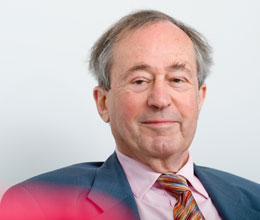 Unfortunately, they were not always made welcome.They and other members of minority ethnic or religiousgroups already settled in Britain had long suffered discrimination in areas of vital concern to their lives: in employment, housing and in access to business and public services, including education.
The Race Relations Act 1965 prohibited discrimination ongrounds of colour, race or ethnic or national origins in what were called places of public resort, meaning public houses, public transport, hotels, etc., but notincluding the crucial areas of employment housing and services. These were added a few years later and there were further reforms in 1976 as a result of which individuals could claim compensation and other remedies in a county court or employment tribunal. That remains the position today for racial discrimination but other grounds have now been added: gender, disability, religion, and age. All these and a general human rights responsibility are since last year supervised by the new Equality and Human Rights Commission.
The original legislation did not cover discrimination on the ground of religion or belief. Hence the Mandla case.
In July 1978, Mr. S.S. Mandla, a Birmingham solicitor, decided to enter his son Gurinder at a private preparatory school, Park Grove School. Mr. Mandla explained to the headmaster that he wished his son to be brought up as an Sikh and to wear the turban. The headmaster said that this would be against school rules requiring the wearing of a uniform which could not includet he turban. Mr. Mandla then sent his son to another school where there was no such problem but he complained to the Commission for Racial Equality that ParkGrove School had discriminated in breach of the 1976 Act. I was the Commission for Racial Equality’s legal adviser and it was my job to advise the CRE and, if they agreed, to pursue the case through the courts.
Of course there was really no argument that there had been discrimination. Mr Mandla and his son were discriminated against on the ground of their insistence on the wearing of the turban. But was this discrimination on the ground of “ethnic origins”? In other words, were Sikhs an ethnic group or a religious group? If the former the law was breached.I f the latter, the school’s action, however, harsh, was lawful.
It was a difficult question. The CRE had no doubt that the refusal of the school to allow turban to be worn by its pupils was unjust and unreasonable. To exclude the whole Sikh community from the protection of the law wasunacceptable. But, to give them that protection meant persuading a court that Sikhs were an ethnic rather than a religious group.
The CRE decided this was such an important case that they would back it as far as necessary.
Our first attempt to establish that Sikhs were an ethnic group failed in the County Court. We appealed to the Court of Appeal where Lord Denning and two other judges upheld the County Court decision. Again we appealed, to the House of Lords. This time we were successful.
Of course the argument against us was that Sikhs did not necessarily share a blood relationship and people could become Sikhs or indeed leave the Sikh community. What they had in common, it was said, was religion not ethnicity. However, the judges decided that it was enough that in general Sikhs could establish a longshared common heritage and cultural tradition, a common language and literature and an identity as a minority within a larger community.
In a way this is an artificial distinction as Parliament has now recognised discrimination in relation to employment and incitement. Eventually we will see anti-discrimination law applied to religious discrimination as it is to racial discrimination and the distinction between the two will no longer matter.
Mean while we should continue to celebrate the Mandla case as a landmark in the law which protectsmembers of the Sikh community against unfair discrimination.
Sir Geoffrey Bindman
Chairman - British Institute of Human Rights
President - Discrimination Law Association
Former Legal Advisor to Commission for Racial Equality
Senior consultant - Bindman & Partners
купить планшет Pipo
новости seo