A quarter of a century after the landmark case of Mandla v Dowell Lee established that Sikhs were entitled to protection under the Race Relations Act, Sarika Singh fought in 2008 for the right to wear the kara to her school.

Sarika Singh, a 14 year old Welsh-Punjabi Sikh, was banned from wearing her kara, a 5mm wide plain steel bangle, to her state comprehensive school. Because of her decision to continue wearing it, she was taught in complete segregation from other pupils for almost two months,forbidden from speaking to her friends at school and even accompanied to the toilet by a teacher, who waited outside.

The school said that it would not allow Sarika to wear the kara as it thought this would discriminate against the rest ofthe students, who were not allowed to wear jewellery. The school also thought that Sarika would be at increased risk of bullying if she wore the kara since it would mark her out from her peers. 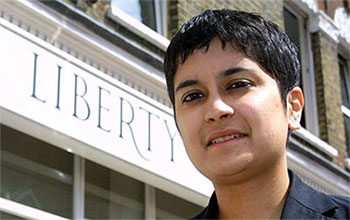 In a powerful judgment, the High Court said that the school had displayed a “worrying lack of understanding”of the need for equality of respect for those with different ethnic or religious beliefs. True equality may mean taking reasonable steps to alter the usual rules so as to enable different situations to be dealt with differently. Cultural diversity is of value to the whole community, not only to those who seek to assert difference. The school’s role was not to suppress difference, but to ensure that Sarika was not bullied by teaching the other students to value diversity and respect other people’s religious wishes.The judge commented that withoutthose principles being adopted in a school, it is difficult to see how a cohesive and tolerant multi-culturalsociety can be built in this country.

This judgment does not mean that all Sikhs everywhere are always permitted to wear items representing their faith.These questions are fact specific. But the general approach - that genuine and deep-rooted racial and religious identity should be respected in the absence of a good reason to the contrary - will hopefully bring a halt to the perception, following earlier cases, that all religious items can lawfully be banned. Nor does this judgment only apply to Sikhs, who are recognised in law as a racial, as well as a religious group. Since the advent of the Equality Act 2006, all religions are protected in exactly the same way.

The answer to difficult questions that will inevitably arise in a free society composed of people of all shades of belief and background cannot be to require people to eradicate difference and deny the practices that are important to their cultural heritage. Whilst religious, racial and indeed political groups cannot insist on exemption from the law of the land, it is in my view incumbent on the state wherever reasonably possible to avoid putting minority groups to painful and burdensome choices between being true to their own identity and being respectful of the law. These are questions that are presently under active debate in the UK and Liberty hopes to be part of creating a solution that promotes individual human dignity, equal treatment and fairness and the protection of the civil liberties and human rights of all.

It is not often that Liberty and the police find themselves on the same side of the court room and we were particularly pleased and grateful for the help and support we and Sarika received from the Metropolitan Police Sikh Association.